A Strange Experience on the Street

Recently my benefactress, “business manager,” pagan priestess, and friend Danielle and I had a rather intense conversation in a forest about whether it is good to feel ashamed after doing something unskillful. She was of the opinion that it is, and I was of the opinion that it is not. In order to clarify the issue I will attempt to explain the two points of view. I will begin with Danielle’s, and I hope I will be able to do it justice, considering that I see things somewhat differently than she does.
Much or even most of her spiritual development in this life has been a reaction to feelings of “ickiness” sometimes verging on self-loathing when reflecting on her past behavior, especially when that past behavior has contributed to another person's suffering. Her inability to feel comfortable with herself, with the feelings she experienced after being selfish, manipulative, etc., pretty much required her to introspect, carefully examine her motives, and “clean up her act,” so to speak. If it were not for feelings of shame and guilt, and her desire to avoid their causes, she would not have made the remarkable progress she has made in her life, from a confused, unhappy teenager artificially conforming to an unspiritual environment to the really praiseworthy spiritually-oriented woman she has become. Her own main spiritual teacher, a person named Marianne, also progressed in this way. It is mainly because of this principle of shame acting as a catalyst for improvement that she considers it to be valuable. Here are some of her own words, in response to a first draft of this article:

To experience shame is as natural as feeling sadness or grief when it arises and when it is appropriate. To feel it authentically would not just make a person more well behaved externally, it would change him/her from the inside out if whole-heartedly felt. As one evolves (especially if from major dysfunction) there is a moment when a person can look back and think, "Holy shit, I did that! What on earth was I thinking...." Instead of just dismissing it, or noting it (like the Buddhists say), one experiences the FEELING of the past action (just as one would cry thinking about a beloved friend who passed away many years prior). Feeling it is release; also it allows for spontaneous compassion to develop for oneself for being so dammit foolish, and also for the millions of people who are still stuck in any particular negative behavior. Plus, it is humbling and can create a desire to apologize, which tends to be hugely healing for the victim of the abuse, ill behavior, etc....

On the other hand, my Buddhist training has taught me that there are two kinds of shame, or rather two Pali words which are sometimes translated as “shame”: hiri and kukkucca. Hiri means moral scruples or pangs of conscience which arise before one has performed an unskillful act (or failed to perform a skillful one), and is always a skillful mental state---“good karma”---especially when it actually dissuades one from misbehaving. On the other hand, kukkucca refers to moral scruples or pangs of conscience which arise after one has done the deed; the word is also sometimes translated as “regret,” “repentance,” “remorse of conscience,” “anxiety,” and “worry” (it can in fact apply to other kinds of worry, including worry about something as amoral as the weather). Consequently, to feel regret over past deeds or omissions of deeds is always an unskillful mental state, and thus best avoided if possible. The idea was stated in Christian terms by Miguel de Molinos (the founder of the Quietist movement, who was persecuted by the Jesuits and the Holy Inquisition and subsequently died in prison in 1697) as follows:

When thou fallest into a fault, in what matter soever it be, do not trouble nor afflict thyself for it. For they are the effects of our frail Nature, stained by Original Sin....Would not he be a mere fool who, running at tournament with others, and falling in the best of the career, should lie weeping on the ground and afflicting himself with discourses upon his fall? Man (they would tell him), lose no time, get up and take the course again, for he that rises again quickly and continues his race is as if he had never fallen....
(---Quoted by William James in The Varieties of Religious Experience)

Of course, there is nothing wrong with acknowledging that we have acted unskillfully and resolving to try harder in future not to do the same again. This is fully endorsed by the Buddhist texts as well as common sense. Not feeling remorse for one's misdeeds is not necessarily the same as callously, flippantly remarking, “So what. The bastard had it coming. It serves him right,” or excusing it by saying “Oh, at least I'm not as bad as So-and-so.” Not at all. But stewing in remorse of conscience may ultimately be just as bad. It may be much more likely to make us a better-behaved person externally, but it can also result in a habitually and unnecessarily tortured and contracted mind, which will certainly have non-uplifting effects on others as well as on ourselves.
If feelings of shame arise spontaneously and unbidden, then the correct course from the Buddhist point of view is to experience these feelings fully, without wallowing in them, identifying with them, judging them, or thrusting them away. Whatever arises, pleasant or unpleasant, should be experienced and understood as consciously as possible in the present moment, and then let go, without attachment. In this way one doesn't stew over the past, and present insight can arise much more easily. I think dear Danielle also can accept the value of this approach, at least in some cases. For example she has said,

What I notice a lot in humanity is people "try" a whole bunch to do things differently with little success at best, but when one can truly FEEL the negativity of one's actions (embarrassment, shame, etc.) it is incredibly motivating to change rapidly because of how uncomfortable it is. What mostly happens is some degree (or a big degree) of denial, justification, comparing oneself to another (“well, I'm not as bad as so and so,” etc), or stuffing it with things like overeating, alcohol, or another project. My point is this in a nutshell---we cannot get away with s-h-i-t. Bad behavior haunts us whether we want it to or not. However, in a society that allows for as much distraction as possible, it is super easy to stay unconscious to the effects of one's negative behavior, at least for a time. Owning it is empowering and catalyzing. Not owning it often creates a less than desirable life, often some confusion, and lots of projections.

As I see it, the vital point is that regret is essentially non-acceptance of the way things are, and is therefore a barrier to What Is, and thereby also a barrier to Enlightenment. If one has some sensitivity one may experience moral scruples before making up one's mind to, say, kick the dog, or may feel the anger and contraction in one's mind, and the dog's pain in one's heart, while the kick is being delivered, and one may use this information to reform one's behavior. As Krishnamurti has said (and Danielle also may say), when one finally really sees and feels that one's behavior is harmful, then it is effortless to change that behavior---one simply outgrows it, and it drops away. Another profitable course, which is endorsed in the spiritual literature of more than one tradition, is to confess one's questionable actions to a wise friend, and seriously to consider any feedback she or he might give. The path to Enlightenment involves a Middle Way between “I'm horrible” and “It's her own damn fault.” Non-acceptance of anything, even non-acceptance of the appearance of evil, is separation from reality and divinity.
Acceptance does not necessarily exclude voluntary change. For example, if one's tire is flat one doesn't say, “Well, I accept that the tire is flat, and so I'll just sit here by the side of the road”; instead we accept that the tire is flat and also accept that the thing to do now is to get out of the car and get the tire changed. Non-acceptance doesn't help. It just makes things worse. Thus, don't worry about the future; don't grieve over the past; just do the best you can from moment to moment, forgiving yourself for your shortcomings while still learning from them.
Yet there are many people, including my great benefactress, who have reformed their lives and greatly benefited from reacting to chronic feelings of guilt and shame. If one does not have the training and/or the presence of mind to avoid remorse and bad behavior, then a moderate amount of kukkucca may serve as a means of “fighting fire with fire,” of replacing a probably harmful ickiness with a possibly beneficial one. But, like a carpenter using a small peg to knock a larger one out of a plank, and then tossing both pegs aside, these feelings of remorse must also eventually be tossed aside, and not only after some ideal state of moral perfection has been attained. Moral perfection will never be attained so long as we close our heart to our own very human behavior. As the great saint Ramana Maharshi used to say, one of the main causes for our unenlightenment is the belief that we are unenlightened.
May we all stop believing that we are unenlightened and imperfect, have compassion for ourselves and for others, and Wake Up soon. 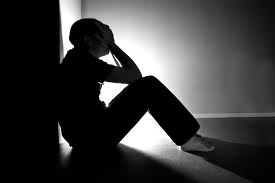 Posted by Paññobhāsa at 10:50 AM No comments:

Before Buddha statues were invented
the Buddha was usually represented in sculpture by
a footprint, a bodhi leaf, or an empty seat to signify that
he was no longer in this world

The Value of Discomfort