One of the mind's favorite games is trying to find formulas. The idea is that if you have enough of the right formulas, you won't have any more problems....The alternative is to let go of all formulas. If you don't have any idea of how things are supposed to be, then there is no suffering, no tension---no sense of things not being right. What you are left with is this messy, beautiful thing called life, unfolding as it always has.   (---Nirmala, from Nothing Personal)


J. Krishnamurti, in one of his many books, says that after one is bitten by a snake one automatically becomes careful of snakes. After one experiences for oneself the unpleasantness and danger of a snakebite it requires no effort thereafter to beware of them. One doesn't have to attend workshops or courses on carefulness about snakes; one's carelessness simply ceases.

...And all should cry, Beware! Beware!
His flashing eyes, his floating hair!
Weave a circle round him thrice,
And close your eyes with holy dread
For he on honey-dew hath fed,
And drunk the milk of Paradise.

Sometimes being a monk living within the restraints of monastic discipline does seem to me like being a poet in the old days, when poets still created beauty within the constraints of meter and rhyme. Nowadays Western poetry, and Western spirituality also, tend to follow a less structured path.
Considering all of the above, I have often thought that a desire to strive on the Path so that someday one might become enlightened---not today, but someday---is not the best reason for someone becoming a monk. Usually things don't happen the way they were expected to (they seldom do), and the idealist monk becomes disgruntled and drops out. I think at least two reasons for becoming a monk are more likely to bear great fruit than a desire for eventual Awakening: having the idea that living an intensely spiritual life is a sacred duty, even a privilege, no matter what the ultimate results of it are; and having a temperament that just happens to resonate with the simple, quiet life of a monk, and an intuitive calling to live that life. I think either of these will probably get one farther than a firm, idealistic determination to eradicate one's defilements and attain Nirvana in this very life. But of course that reason is better than, say, laziness and a desire for free room and board. There are all sorts of reasons for becoming a monk, so third place isn't bad at all. 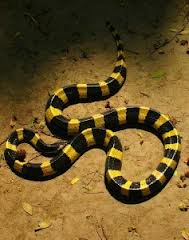 (Living the Holy Life is like handling a snake:
It is good to do it carefully.)

Posted by Paññobhāsa at 7:00 PM