"A stable social system is necessary, but every stable system hitherto devised has hampered the development of exceptional artistic or intellectual merit. How much murder and anarchy are we prepared to endure for the sake of great achievements such as those of the Renaissance? In the past, a great deal; in our own time, much less. No solution of this problem has hitherto been found…." —Bertrand Russell (who overlooked exceptional spiritual merit, although it is equally applicable here, perhaps even more applicable)

"I say, let's evolve and let the chips fall where they may." —Tyler Durden, in the movie Fight Club 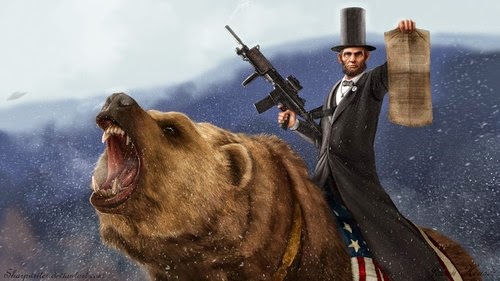 The Cult of the Enigmatic Bhagwan

Folly is a more dangerous enemy to the good than evil. One can protest against evil; it can be unmasked and, if need be, prevented by force. Evil always carries the seeds of its own destruction, as it makes people, at the least, uncomfortable. Against folly we have no defense. Neither protests nor force can touch it; reasoning is no use; facts that contradict personal prejudices can simply be disbelieved—indeed, the fool can counter by criticizing them, and if they are undeniable, they can just be pushed aside as trivial exceptions. So the fool, as distinct from the scoundrel, is completely self-satisfied; in fact, he can easily become dangerous, as it does not take much to make him aggressive. A fool must therefore be treated more cautiously than a scoundrel; we shall never again try to convince a fool by reason, for it is both useless and dangerous. —Dietrich Bonhoeffer (a Christian fellow who was arrested and executed for conspiring to assassinate Adolf Hitler; he wrote the foregoing while in prison)

The truth is that the commune suffered an unremitting and coordinated harassment from the local, state and federal government. This coupled with the tide of resentment and distrust in the local communities created a situation of extreme pressure on Rajneeshpuram and its residents. Sheela’s tactics and combativeness rose in direct proportion to the pressure exerted on the commune from outside. Her reactions, increasingly ludicrous, were generally the result of new attacks from authorities.

Which of course leads to a discussion of the notorious crimes of Ma Sheela.
During most of his stay in America Rajneesh was mostly silent, not giving public Dharma talks as he used to do in India. Management of the ashram was in the hands of Sheela, who in addition to being a rather abrasive person anyhow, was apparently corrupted by the power she wielded, and also exasperated to the point of declaring all-out war against her devoted antagonists. (Although I seriously doubt that I would ever poison anyone, I can relate to some degree to that last point: my personality also is of a kind that if I meet with antagonism, especially if it seems totally unnecessary or unjust, it causes me to "stick to my guns" more and more vehemently, until I may find myself practically in a state of total war. This mainly happens against rodents and insects instead of people, however.) She eventually went off the deep end and became like a minor league Caligula. In all attempted fairness to the Bhagwan, it was he who publicly denounced her. She was not suspected by the police of poisoning restaurant salad bars or attempting to poison certain key members of the opposition until Rajneesh made the public accusation and advised the FBI to conduct investigations, which they did.
Meanwhile, the federal government, mainly in the form of the Immigration and Naturalization Service (INS) had been striving for years to come up with anything they could against Rajneesh. The best they could manage was charges of immigration fraud: making untrue statements on his original visa application, especially with regard to his purpose and intended length of stay, and also arranging bogus "marriages of convenience" between foreign disciples and American disciples to allow the former to stay long-term in Oregon. The government began making arrangements for the arrest of the Bhagwan.
Rajneesh's immigration lawyer Peter Schey attempted to make arrangements to the effect that if Rajneesh was to be arrested he could simply go and peacefully turn himself in to the authorities—yet, strangely, these offers were rejected. US district attorney Robert Turner, who was organizing the arrest, was intent upon "storming the bastille," and had already arranged for 15 armored military vehicles and well over a thousand armed law enforcement officers and National Guardsmen to essentially invade Rajneeshpuram in a surprise raid, much in the same way the Branch Davidians of Waco, Texas were handled several years later. It was as though the authorities intended deliberately to cause a scene of violence, as they assumed (probably rightly) that the Bhagwan's disciples would not stand idly by while their revered and beloved guru was manhandled and dragged away in shackles, and also (wrongly, as it turned out) that the ashram members had been stockpiling weapons. At least one government official later testified under oath that Turner had no intention of allowing Rajneesh to surrender himself peacefully. He was planning on gunfire and "mass arrests," presumably with plenty of sensationalistic media coverage.
Fortunately, however, the Bhagwan forestalled the battle by taking off with some disciples in a rented Learjet. He was arrested in North Carolina, allegedly without a valid arrest warrant, and didn't put up a fight. The feds played it up as well as they could, and he was shown in chains on the national news. 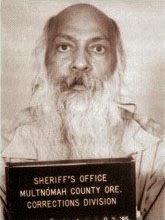 Instead of putting him in prison for five years for immigration fraud, Rajneesh was simply deported. This began a kind of odyssey for him, as no country wanted him. According to Wikipedia,

He stayed for six weeks in Himachal Pradesh. When non-Indians in his party had their visas revoked, he moved on to Kathmandu, Nepal and a few weeks later to Crete. Arrested after a few days by the Greek Intelligence Service (KYP), he flew to Geneva, Stockholm and London Heathrow Airport; however, in each case he was refused entry. When Canada refused him permission to land, his plane returned to Shannon airport in Ireland to refuel. He was allowed to stay for two weeks at a hotel in Limerick, on the condition that he did not go out or give talks. Osho had been granted a Uruguayan identity card, a one-year provisional residency and the possibility of permanent residency so the party set out, stopping at Madrid (where the plane was surrounded by the Guardia Civil). He was allowed to spend one night in Dakar before continuing to Recife and Montevideo. In Uruguay the group moved into a house in Punta del Este; Osho began speaking publicly until 19 June, when he was "invited to leave" for no official reason. A two-week visa was arranged for Jamaica, but upon his arrival in Kingston the police gave his group 12 hours to leave. Refueling in Gander and Madrid, Osho returned to Mumbai on 30 July 1986.

According to Osho, every human being is a Buddha with the capacity for enlightenment, capable of unconditional love and of responding (rather than reacting) to life—although the ego usually prevents this, identifying with social conditioning and creating false needs and conflicts and an illusory sense of identity…

That strikes me as having some wisdom, especially the part about the ego creating false needs and conflicts. Even if Osho was simply recycling the teachings of others, as he is occasionally accused of doing, he chose what to recycle with a fair amount of insight. Back in the 60's, when he still called himself Acharya Rajneesh, someone asked him what were his "ten commandments," and after saying that he didn't approve of commandments, "just for fun" he wrote down the following:

1. Never obey anyone's command unless it is coming from within you.
2. There is no God other than life itself.
3. Truth is within you, do not search for it elsewhere.
4. Love is prayer.
5. To become a nothingness is the door to truth. Nothingness itself is the means, the goal and attainment.
6. Life is now and here.
7. Live wakefully.
8. Do not swim—float.
9. Die each moment so that you can be new each moment.
10. Do not search. That which is, is. Stop and see.

He underlined numbers 3, 7, 9, and 10 as most important. I cannot help but see some wisdom in this also.
Then on top of all this, Osho also allegedly had a Howard Hughes-like phobia of germs and disease which would be hard to reconcile with genuine enlightenment. But who knows! I find myself in a strange world, where every possibility may be equally true. Maybe he was a deliberate fraud, and was a fully enlightened being, and was everything in between besides. In an infinite universe, anything that possibly can happen, does happen, and anything that is conceivable, is possible.
In conclusion, if I had to make a guess one way or the other, I'd guess that the Bhagwan was just a very intelligent man who had charisma, piercing eyes, and a gift for oratory, and who also had a well above average intuitive appreciation for Dharma, and who capitalized on all this to become a controversial, unconventional, and unacceptably thought-provoking teacher…and a rascal. It's only a guess, though. 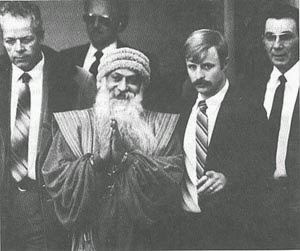 a crook brought to justice,
or a radical spiritual teacher persecuted for his unconventionality,
or neither, or maybe both?

"Escape from Rajneeshpuram," by Paul Morantz, at www.paulmorantz.com/cult/escape-from-rajeneeshpuram/

"The Rise and Fall of Rajneeshpuram," by Sven Davisson, at www.ashe-prem.org/two/davisson.shtml

Email ThisBlogThis!Share to TwitterShare to FacebookShare to Pinterest
Labels: politically incorrect social commentary, stories not about me, various religions

Why I Keep Bashing Scientism 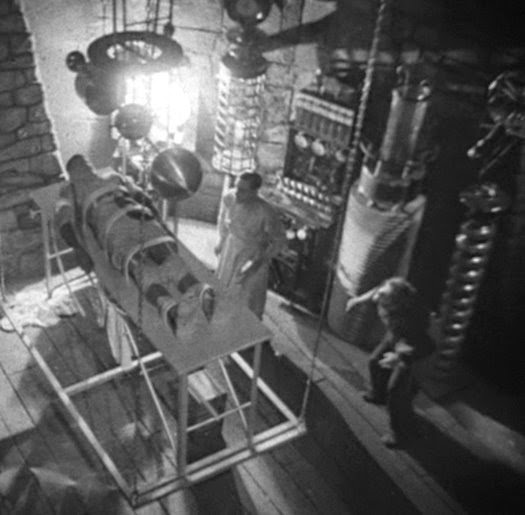 Email ThisBlogThis!Share to TwitterShare to FacebookShare to Pinterest
Labels: philosophy, science and scientism


"The price of freedom is eternal vigilance." —Thomas Jefferson 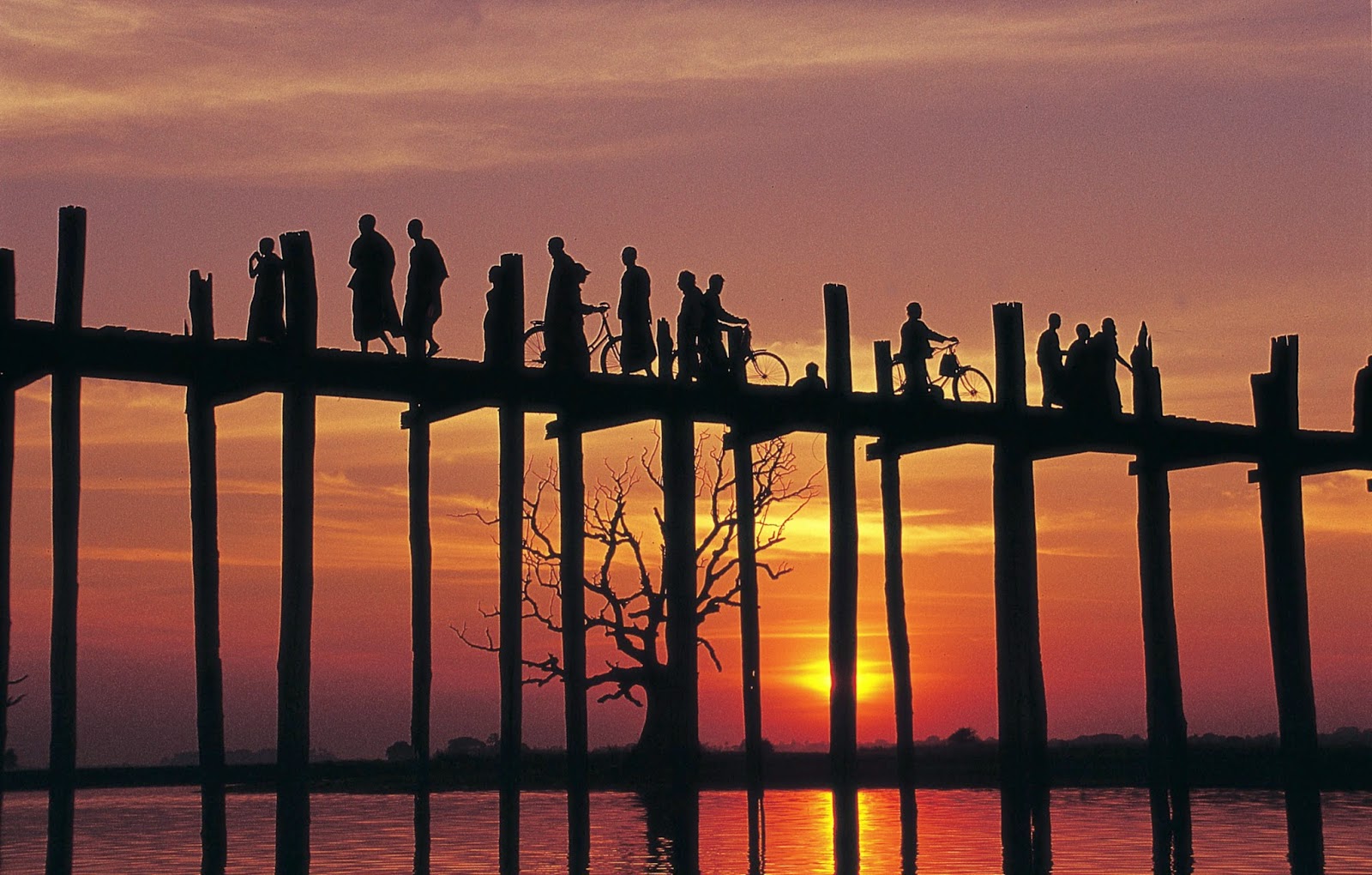 Posted by Paññobhāsa at 1:50 PM No comments: 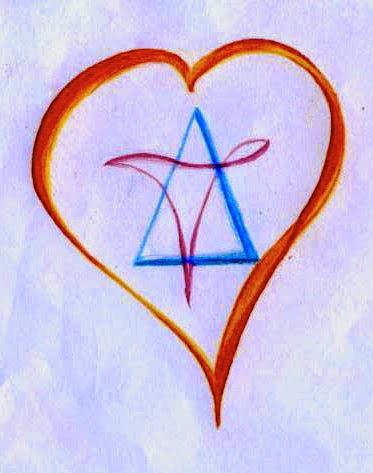